So in this article I will be showing you guys how you can run Metasploit on any android without rooting and without deploying Kali Linux.

As we all know that running Kali Linux on android is very complicated and offensive security team has admitted about the VNC problems with the deploy.

Below is the screen shot of official site - 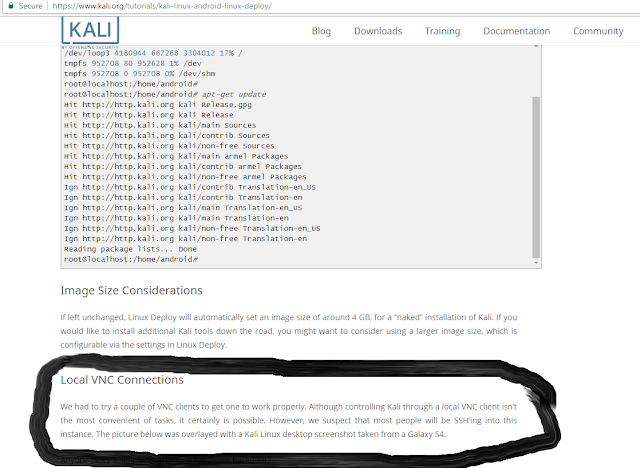 So I have found an alternate way of running tools of Kali Linux on android without ROOT.

What I will do is, I will run Debain on android and then install Metasploit on it.

Its very simple process, lets do it.

What are the requirements of the android to run this ?????

Just you need free space of 2 GB in internal SD. That's it.

If your hardware is more then 1gb RAM, it runs even smoother. 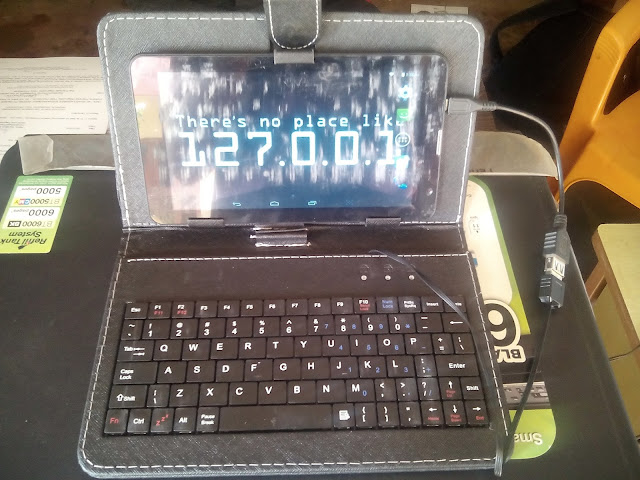 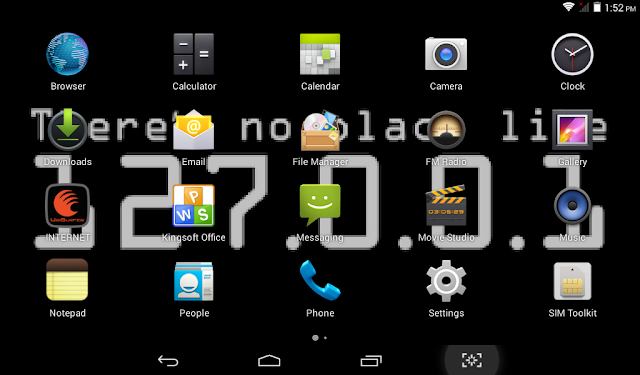 First we will install and run a Debain App called Debain NoRoot.

Its an App which lets you run Debain Operating System on your Android phone. (without root)

It is also available on Playstore. Just search for Debain NoRoot.

But I will download it from an external link. 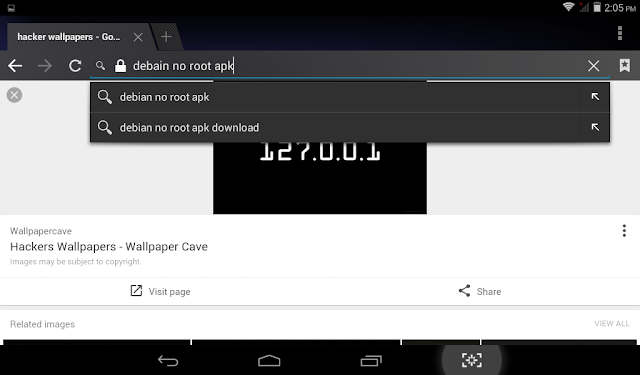 Search for the App on google. 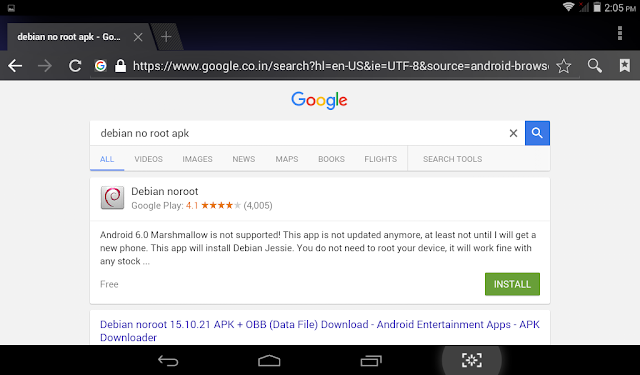 As I said, also available on Playstore mate. 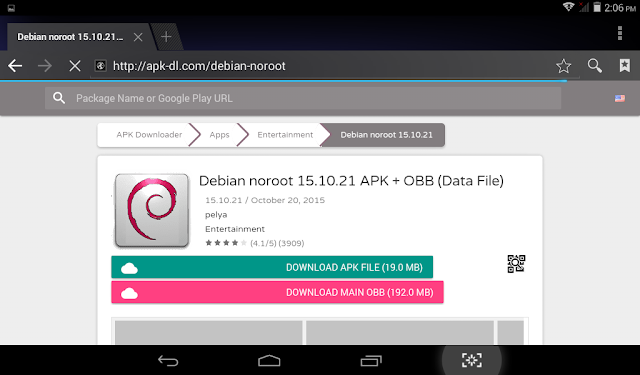 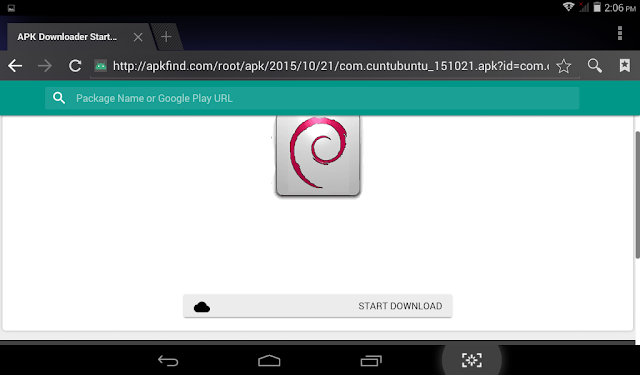 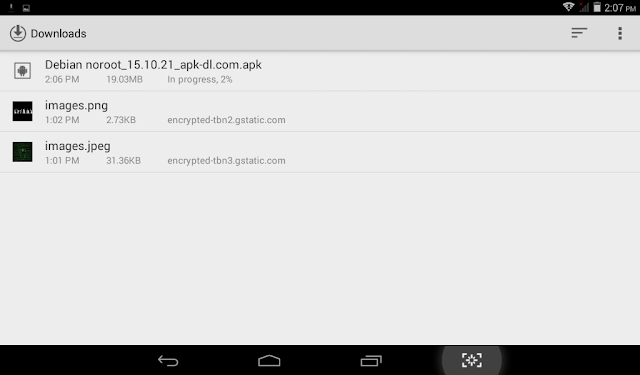 After downloading we have to run this App. 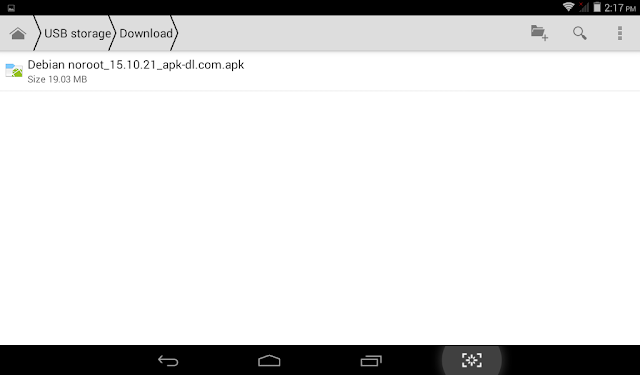 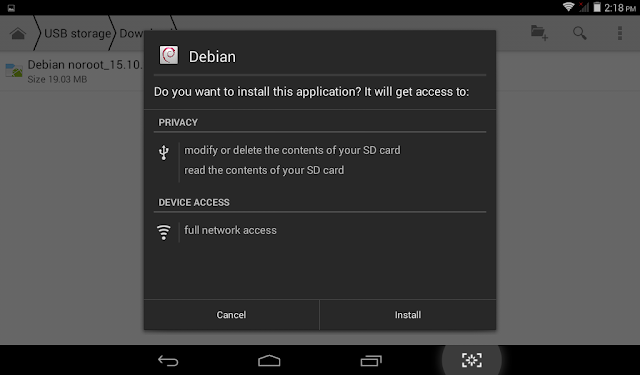 Here I am in the downloads folder to click on it. 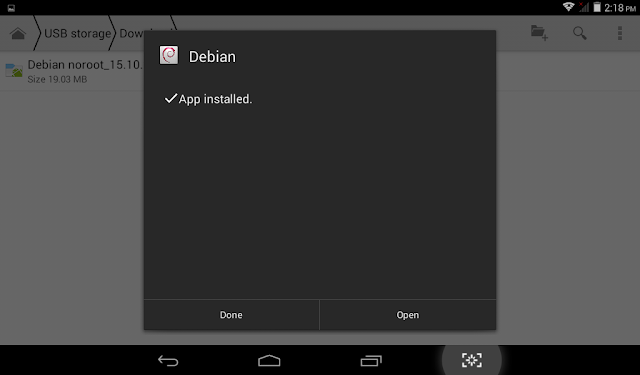 Ok so it is finished, launch the app 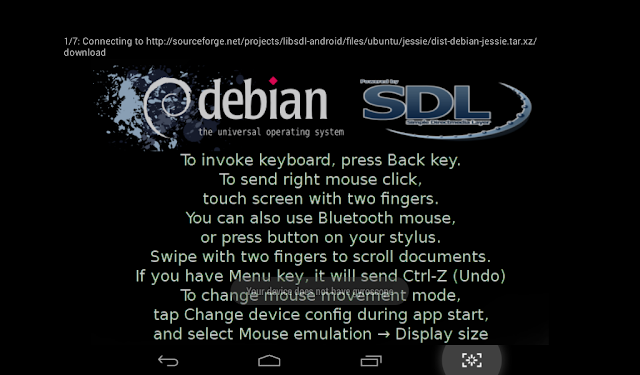 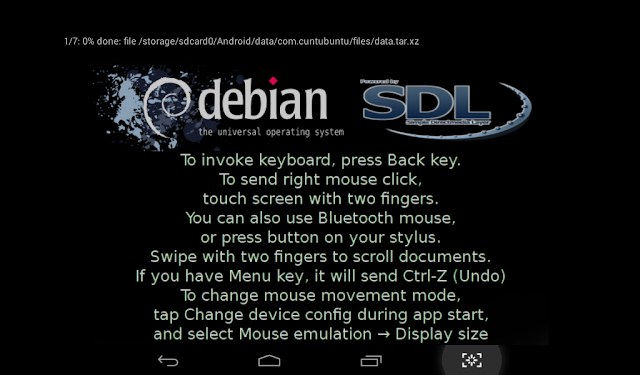 After opening the App, it will automatically start to download files from its reps. So you need a good internet connection to go through this. I even have done it on 2g, no worries mate.

You can minimize the process and work on your tab simultaneously. 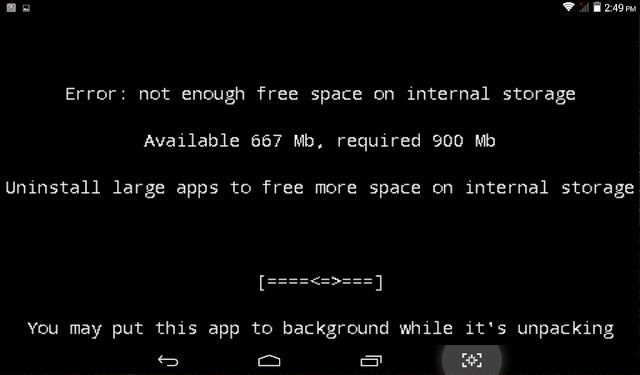 So after a lot of time it took, but is worth it. 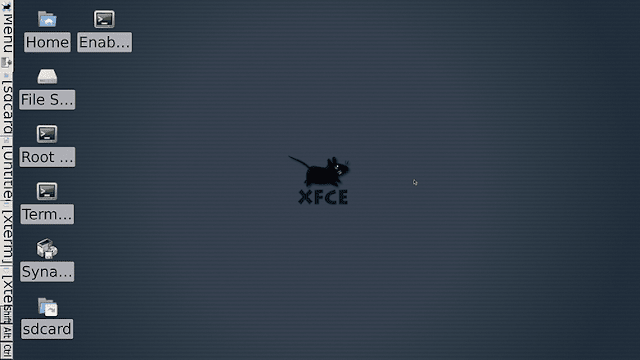 This means that you have a Debain OS running on your Android. And you can use this as a actual machine. 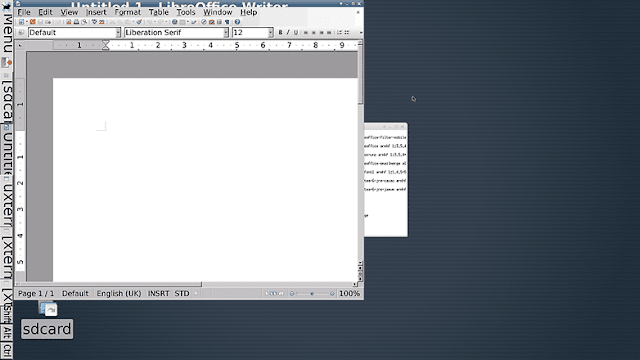 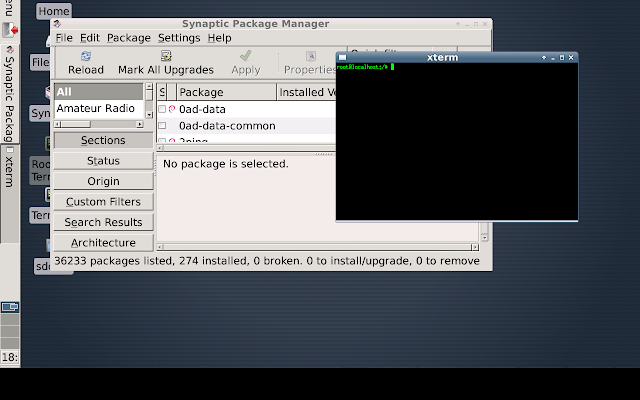 The screen shots are taken inside the Debain OS. Cool....

Then run the script inside: "sh metasploit-script.sh".

This will start long loading process and you need to be patient.

Now you have to close root terminal and open the normal terminal.

Now you're done! Start metasploit with "msfconsole" and enjoy.

(I couldn't screen shot it because of the low RAM memory. With 500mb RAM you cant run a Metasploit meterpreter)

Thank you guys for reading this article. Have a safe hack.

You may want to see my other Metasploit Tutorials -