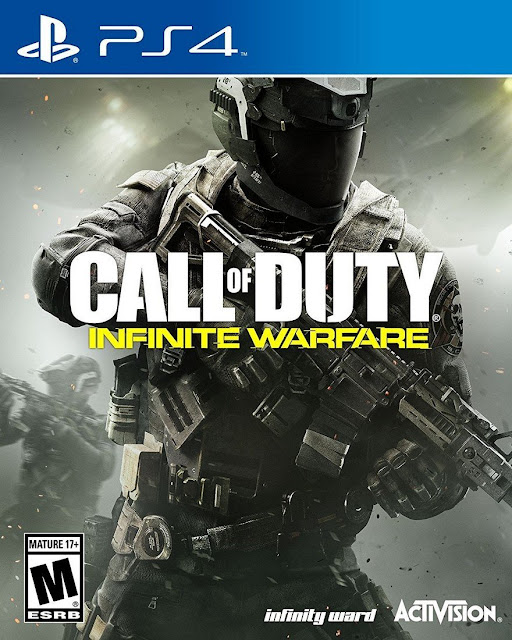 Platform for display:PlayStation 4  |  Edition:Standard
Call of Duty: Infinite Warfare delivers something for every 'Call of Duty' fan with three unique game modes: 'Campaign, Multiplayer and Zombies'. Delivering a rich and engaging narrative in a setting unlike anything to date in a 'Call of Duty game', the campaign is a return to the franchise’s gritty, military roots throughout new environments never before seen in the franchise. 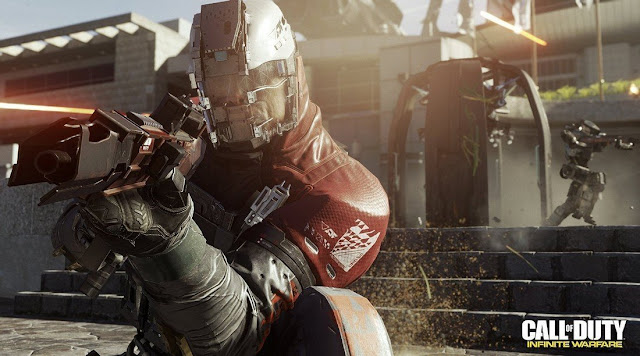 Call of Duty: Infinite Warfare delivers something for every Call of Duty fan with three unique game modes: Campaign, Multiplayer and Zombies. Delivering a rich and engaging narrative in a setting unlike anything to date in a Call of Duty game, the campaign is a return to the franchise’s gritty, military roots throughout new environments never before seen in the franchise.

The player will embark on a classic war story about grand scale warfare; all set in a grounded future where human conflict has spread throughout our solar system. Multiplayer brings ground-breaking gameplay innovations to deliver the deepest and most engaging Call of Duty experience to date. The title introduces stunning, never before seen, multi-planetary environments, new weaponry and all-new player abilities to Call of Duty. In addition, the new cooperative zombies experience will thrill players with an original direction featuring fun and unique gameplay, all wrapped into an entertaining narrative sure to excite fans. 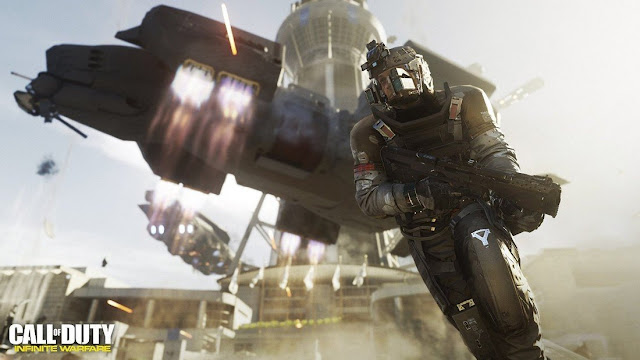 Call of Duty: Infinite Warfare will take players on an unforgettable journey as they engage in battles from Earth to beyond our atmosphere against a relentless, enemy faction that threatens our very way of life. It’s grand scale war and hallmark boots-on-the-ground Call of Duty action with memorable characters, rich emotional arcs and stunning new environments, all within an epic new setting. 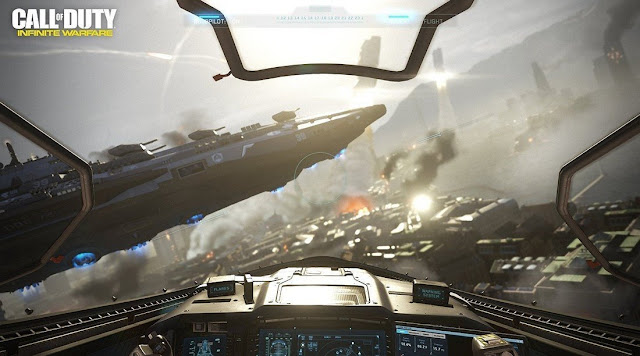 A Call of Duty Campaign to Remember
Call of Duty: Infinite Warfare puts storytelling front and center, in a deeply engaging narrative. It features jaw-dropping set-pieces and blockbuster cinematic moments, while also delivering a gripping portrayal of war that harkens back to the roots of the franchise. Infinity Ward also breaks new ground by thrusting the player into wartime leadership as Captain Reyes, a Tier 1 Special Operations pilot, who takes the helm of the Retribution, one of Earth’s last remaining warships. In a time of unthinkable hardships, Reyes must lead the remnants of coalition forces against a relentless foe in a war that spans our solar system. 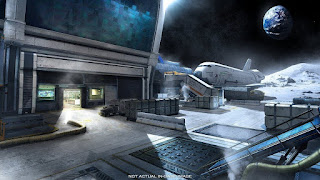 The Settlement Defense Front (SetDef) represents a splinter group of insurgents that broke away from the United Nations Space Alliance during a war of secession, years ago. In the world of Call of Duty: Infinite Warfare, our planet has been stripped of its natural assets through population growth and industrial expansion. The people of Earth now rely upon colonies throughout the solar system to mine planets and asteroids for necessary fuel and other resources. The SetDef is a fascist power, comprised of brutal and militant radicals, toughened by the extreme conditions of offworld environments. They seek to control those outposts and their wealth, putting a stranglehold on the countries of Earth. After years of uneasy stalemate, diplomatic relations are strained and it will take only the slightest nudge to lead to full-scale war.

Gear Up For Intense Multiplayer 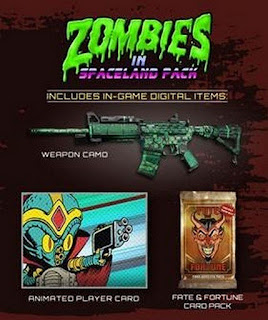 Call of Duty: Infinite Warfare will feature an evolution of Call of Duty’s movement system with an emphasis on front-line engagement. Maps are designed to further leverage the movement system and immerse players into fast, fun and frenetic gameplay that players have come to expect from Call of Duty. With its new approach to play, multiplayer will bring innovative gameplay that challenges players to achieve their goals in creative ways based on their specific play style.

Battle the Living Dead in a Zombies Thriller

Infinite Warfare Zombies brings a totally fun, wickedly fresh take to Call of Duty Zombies. Zombies in Spaceland will transport players back in time to a 1980's amusement park complete with a plethora of rides, an awesome arcade and a funky, functioning rollercoaster. Embrace previously beloved aspects of the mode like tons of easter eggs, power ups, perks and radical weapons while experiencing innovations like brand-new team mechanics, the After Life Arcade and Fate and Fortune Cards. And, of course, a killer good 80s soundtrack.

-Spaceland takes players on a roaring trip back into the 1980's with a nighttime setting sure to spook the faint of heart.

-The park features unique areas at every twist and turn with settings ranging from an alien village to a trip back in time showcasing the glory of early space travel.

-With a plethora of retrofitted rides and games the park has been outfitted with death traps to help players survive the next zombie onslaught.

-Players have the ability to uncover the mystery behind the park and its inhabitants by completing the many Easter Eggs hidden within its walls.

See this on AMAZON US

See this on AMAZON INDIA


See my other posts -

What is PWNIE phone ? How can this phone be a hacking device ?

Books to learn Hacking
Posted by Sai at 08:08

Email ThisBlogThis!Share to TwitterShare to FacebookShare to Pinterest
Labels: Tech