What is BANANA PI ? Difference between Rasp and Banana Pi 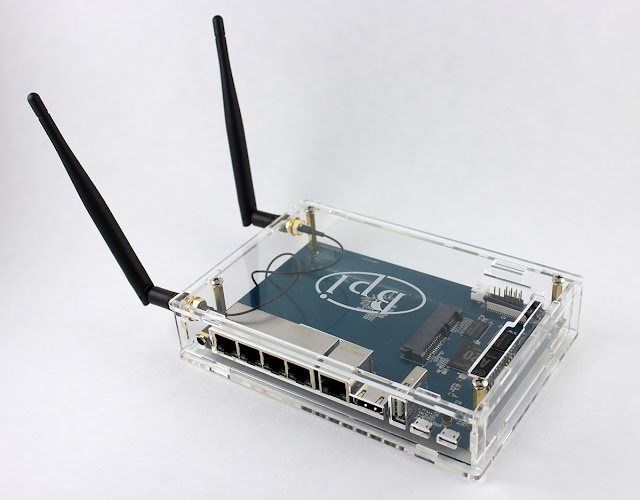 The Banana Pi is a series of credit card-sized
single-board computers based on a low cost concept for inner software and hardware development and school software learning such as Scratch. Its hardware design was influenced by Raspberry Pi in 2013. It is produced by the Chinese company Shenzhen SINOVOIP Co.,Ltd.


Just like Raspberry Pi. You want to read my tutorial on Rasp - 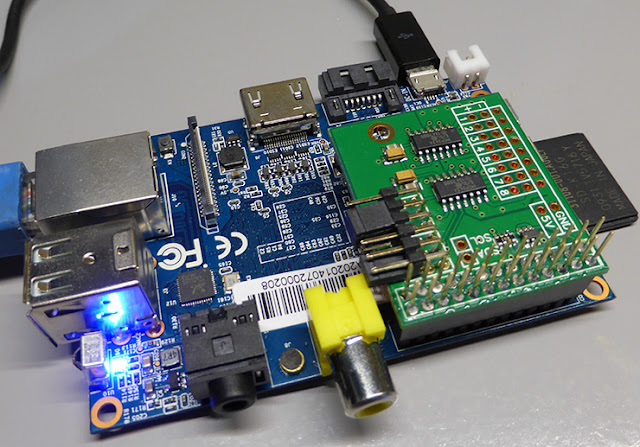 Banana Pi software is compatible with Raspberry Pi boards. Banana Pi also can run NetBSD, Android, Ubuntu, Debian, Arch Linux, Raspbian operating systems, though the CPU complies with the requirements of the Debian armhf port. It uses the Allwinner SoC (system on chip) and as such is mostly covered by the linux-sunxi port.

Banana Pi is the open source hardware and software platform which is designed to assist bananapi.org and banana-pi.org. 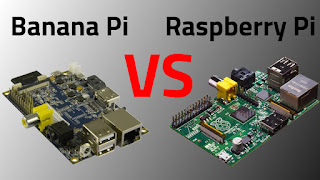 Banana Pi is a fork of Raspberry Pi project using different components while maintain compatibility as much as possible.
The main SoC chip is different.

The physical dimension of Banana Pi is wider than Raspberry.
Be aware ! Current box of Raspberry Pi is not big enough to fit Banana Pi.

The connectors of LCD LVDS interface and Camera interface are different. 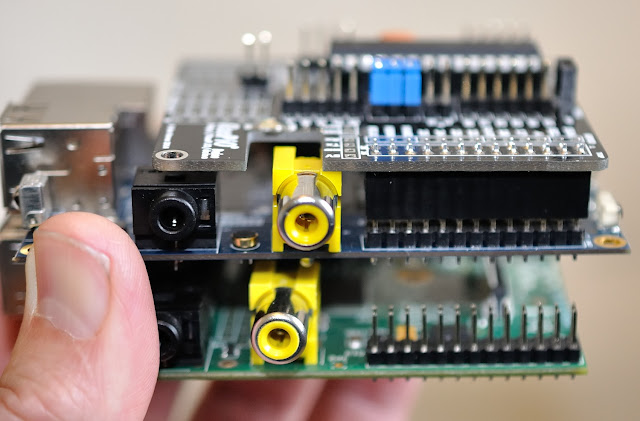 Current Raspberry Pi camera module does NOT work with Banana Pi. In addition, Banana Pi may be able to connect external LVDS display but not Raspberry Pi since it never enable its DSI connector.


In summary, Banana Pi currently has smaller community size, less documentation and it will need to tune OS distribution for Allwinner SoC and its add-on hardware components.

See this gadget on AMAZON US

See this gadget on AMAZON INDIA

You may want to see my other posts -

What the hell is an EXPLOIT ?

Session Hijacking (all you need to know)

Email ThisBlogThis!Share to TwitterShare to FacebookShare to Pinterest
Labels: Tech